On Wednesday, May 30, 2012, Joel hanged himself in his East Harlem apartment.

When I was 12, all I worried about was the correct amount of slouch to have in my Warthog socks. Now these kids are worrying about whether or not they want to LIVE.

Joel was apparently driven to suicide by bullies who mercilessly teased him for being SHORT and BRAINY, leading up to one bully teased Joel about his dead father.

“I’m tired of all this bullying,” Joel, who was 4 months old when his dad died, told a friend just hours before taking his life, according to his aunt. 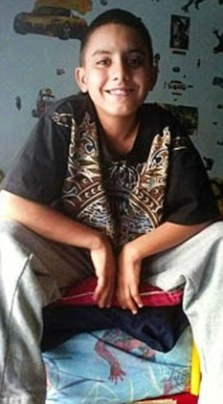 Rest in Peace Joel. You will not be forgotten.